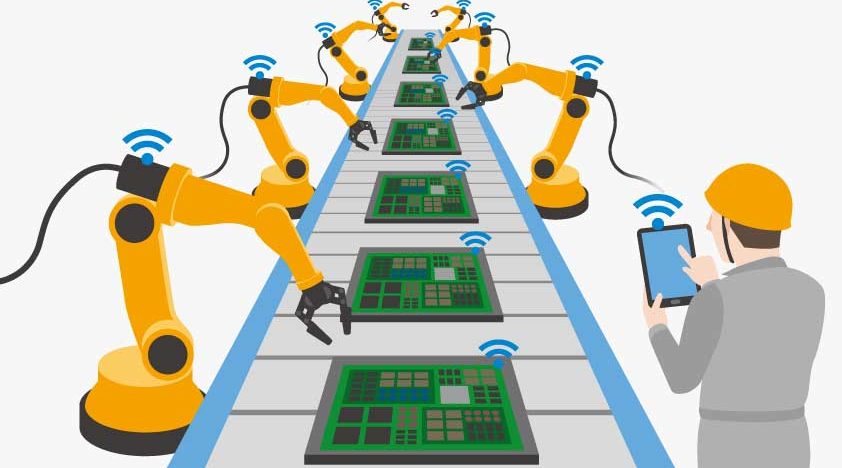 It is without surprise that The Manufacturer’s Annual Report begins by drawing our attention to the political and economic changes that have taken place recently; with Brexit and the election of Donald Trump set to shake diplomatic relationships. The report then highlights five areas identified as top of mind for manufacturers as we enter 2017. In this blog we give our overview of the five areas highlighted in the report including; economic and political uncertainty, a shortage of skilled workers, advances in technology, financial constraints and investment in technology.

Following the results from the EU referendum, it is clear that manufacturers are facing uncertainty, leading to delayed investment and cutbacks, which in turn will impact the UK’s economy negatively. 64% of manufacturers surveyed said that “European political uncertainty” has had an adverse effect on their business in 2016. We previously blogged about what opting out might mean for the manufacturing industry. Many manufacturers are struggling to outline opportunities and worry about weaker demand prospects, increased cost and exchange rate volatility.

However, a positive move towards boosting exports came in the form of not only the weaker pound which many firms benefitted from in the latter half of 2016, but also the UK Chancellor’s doubling of the UK’s export finance capacity. That commitment must be carried through into 2017 and beyond to ensure the UK remains an attractive destination for R&D activities, will address the skills gap, and establish better connections between industry, government and education. The health of UK exports is of paramount importance to economic growth and manufacturers surveyed agreed with this, with 63% calling it ‘vital’ to the future of their company.

Additionally, and equally predictably, 61% indicated that the skills shortage was taking its toll. There is a growing concern among manufacturers at their inability to hire people with the right experience and skills. As well as not being able to find skilled recruits, respondents believed there’s simply not enough young people who are interested in careers in manufacturing. It is increasingly clear that this will be a defining issue for many in the coming years as older workers retire.

People, training and skills are the backbone of the manufacturing sector, as well as the key to economic growth. If the UK is to equip itself to capitalise on new opportunities and prosper, it needs a skilled and diverse workforce, reinforced by good business practice. An overwhelming proportion of manufacturers, almost 70%; struggle to recruit experienced and skilled workers and nearly 40% experience problems hiring managers.

According to manufacturers, the problem lies with the Government with 81% saying that the government at a national level was not doing enough to promote exciting careers in the sector, with 66% stating that local government was also failing to do this. Manufacturers also believed educational institutions across the board were neglecting to promote manufacturing careers, with more than half believing universities and higher education could do more.

On a positive note, the opportunities presented by automation, additional services (servitisation), the Industrial Internet of Things (IIOT) and robotics are exciting, and the survey demonstrates that manufacturers are investing with expansion in mind. Not only is IoT increasing in business as Gartner predicts 25 billion connected devices by 2020, but also in terms of monetary worth, with IDC predicting that IoT spend will total $1.7 trillion by 2020. Two-thirds of the respondents surveyed in The Manufacturer’s Annual Report were aware of Industry 4.0, and moreover, a significant majority of respondents were either already undertaking a move to Industry 4.0 (23%), or were planning to do so (62%). Likewise, two-thirds of respondents had made investments in automation in the past twelve months.

Perhaps predictably, the most widespread application for factory connectivity is HMI (human machine interfacing), used by 68% of respondents. But almost as many, 64%, take the next most logical step in connectivity — connecting sensors. In terms of investment, the vast majority of respondents spent over £100,000 on factory connectivity over the period. With investment predicted to continue, it seems that most manufacturers see investments in factory connectivity not just as a means of cutting costs, but as a way of generating additional revenues — either by entering new markets, achieving higher production levels and/or improving flexibility.

Although manufacturers are positive about strategic investment, they are less optimistic about the prospects for growth of the UK economy, despite strong economic data in the past months. The rising cost of energy and raw materials, as well as the potential cost arising from the uncertainty of Brexit are all rated as key concerns for many manufacturers.

As in previous years, The Manufacturer’s Annual Report showed that manufacturers’ top financial priority remains increasing cash flow (ranked by 79% of respondents as ‘high priority’), followed by reducing costs (58%). Managing exposure to exchange rates came next (21%), with raising investment funds and reducing debt both ranked as ‘high priority’ by 11% of manufacturers.

When asked about the focus of their capital investment plans – for strategic expansion or simply to replace existing equipment – the broad trend seen in earlier years continues: manufacturers are ready to make strategic investment. Overall results showed that however the UK’s Brexit negotiations unfold, UK manufacturers are still relatively confident about prospects for their business growth going forward. In terms of future investment, the focus was even more skewed towards new product development, with almost half of respondents (47%) anticipating that it would comprise their highest level of expenditure.

When it comes to ICT, companies are investing substantially in ERP and CRM systems, with a view to improving productivity and streamlining customer relationships. For 42% of respondents, ERP had been their most significant investment in the past 12 months, with a further 16% identifying hardware as their greatest expense, and 13% identifying CRM as their biggest investment. If you are preparing for an investment in ERP for manufacturing there are several factors discussed in this blog which you may find useful.

In terms of barriers to IT investment 67% of respondents of The Manufacturer’s Annual Report stated the cost. For some manufacturers, access to finance remains a problem. That said, cloud-based licensing models will presumably lessen the extent of this barrier over time. Secondly, access to appropriate skills remains a problem, according to 42% of respondents. The obvious inference is that the IT skills in question are not skills that manufacturers are contemplating recruiting for, but are skill shortfalls. Thirdly—42% of respondents cited insufficient management buy-in. Uncertainty surrounding the eventual return on IT investments was also cited as barrier, this is perhaps not surprising and suggest that both manufacturing managements and IT vendors need to develop a shared understanding of the real risks and returns of IT investments.  If you need help with preparing for an ERP transformation project, visit the Choose My ERP website.

You can access the full Annual Manufacturing Report 2017  for further insights here and for details on all the studies collated by The Manufacturer. It is clear that manufacturers still see opportunities whilst the industry remains resilient in the face of uncertainty and a skills shortage. The increase in IT investment and Industry 4.0 is good news in the face of warnings from OEMs; that participation in the connected supply chains of the future will be reserved for those who are prepared to invest in enabling technology.

For more information about how your company can embrace Industry 4.0, become more robust in uncertain times and how ERP and CRM systems can benefit your company contact Prodware.