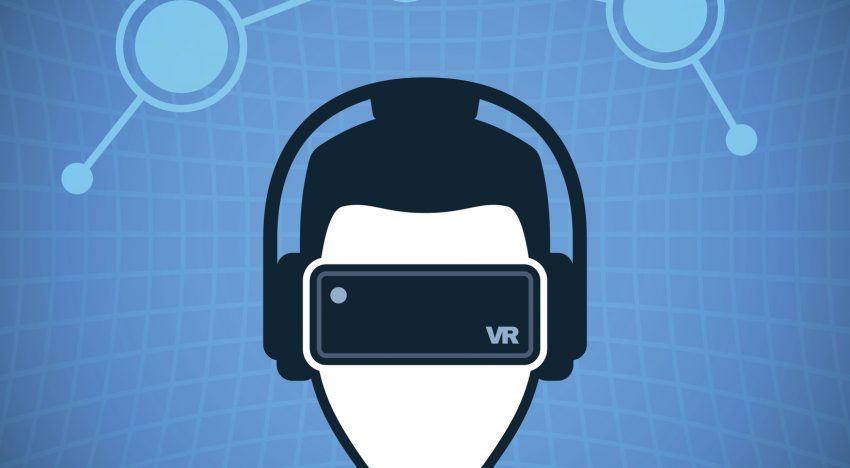 Microsoft HoloLens is pending commercial release, but since Development Edition headsets started shipping across the world last year we have seen some captivating real-world applications. First used to showcase the new Windows 10, HoloLens is now used in several industries, by champagne retailers, by the U.S military, and by flight attendants. Microsoft HoloLens is set to be a game-changer for most, if not all, industries. CNET author Sean Hollister comments, “Microsoft’s HoloLens is one of the most magical pieces of technology I’ve ever seen. It could change the world.” Let’s take a look at what we know so far about Microsoft HoloLens.

Microsoft HoloLens recognises the important role that digital plays in our lives. Opposed to virtual reality, augmented reality technology (AR) lets people see digital imagery overlaid onto the physical world. Microsoft refers to AR as “mixed reality”, providing devices with the ability to perceive the world, breaking down the barriers between virtual and physical reality. It combines the thrill of virtual reality with the power to engage with and personalise surroundings. This is still a relatively new phenomenon that generated much interest after the popularity of last summer’s mobile game application Pokemon Go.

Feeling present in your environment is a key aspect of mixed reality, where you can move, interact, and explore in the most natural way possible. HoloLens improves customer experiences by surfacing personalised information, increases productivity and provides a competitive advantage. An example of this is shown below. Flight attendants have experimented with HoloLens to detect a passenger’s emotional state, through facial expressions and heart rate detection. They can also view a passenger’s preferences and dietary requirements in order to provide better customer service and anticipate their needs. 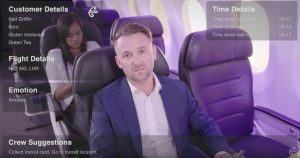 HoloLens (for now) is focused on enterprise experiences, according to HoloLens chief Alex Kipman’s keynote at Build, there are more than 22,000 developers who have already created more than 70,000 concepts for HoloLens. The HoloLens store currently has over 200 apps available for download. Those apps include programmes such as Virtually Here, which lets homebuyers preview a hologram of their home before purchasing, and HoloHeart, a holographic heart used for biology education.

Microsoft HoloLens uses inside out tracking allowing it to be used in the most natural and immersive way. A great example of mixed reality application using HoloLens can be viewed here. The video documents how an individual using Microsoft HoloLens can construct digital maps of their surroundings, allowing the user to fill the room with holograms. Next generation hand tracking allows the holograms to be moved in real time and space just as they would in the real world. Windows brings spatial sound, articulated hand tracking and even the operator’s own hands into VR. Employees can collaborate from geographically disparate locations by appearing as a hologram. Inspiration can be drawn from the cloud to find 3D assets to manipulate and design your own 3D creations. It really does have to be seen to be believed!

Microsoft HoloLens unlocks new possibilities for 3D design, productivity, education, research, and collaboration. High profile companies are using HoloLens today including NASA, Volvo and Lowe’s. For more examples watch this Hololens video which documents the applications enthusiasts have developed. It is easy to see from these examples how HoloLens extends the reality around you. Presenting a new way to create and consume media, and changing the relationship between the creator and their creation. What will people do with this technology? What will they build? According to TechRadar, “…The application potential seems limitless.” Rumours suggest a second version of HoloLens could be released as soon as 2019, and we for one can’t wait. For the latest developments keep in touch with Prodware.